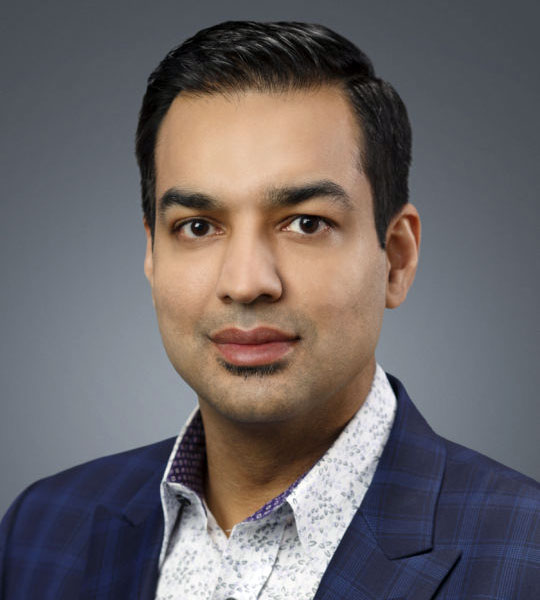 Mr. Raj Sharma graduated with his Juris Doctor (JD) from the University of Alberta, Faculty of Law (2001). After clerking with the Alberta Court of Appeal, Mr. Sharma completed his articles with the Federal Department of Justice. Mr. Sharma then worked for two years as a Refugee Protection Officer with the Immigration and Refugee Board where he obtained experience in hundreds of immigration hearings and appeals. Mr. Sharma received his Master of Laws (LLM) in Administrative Law from York University Osgoode Hall Law School (2010). His major research paper in support dealt with the unwarranted deference to refugee adjudication in Canada.

Mr. Sharma has also taught the Immigration and Refugee Law course at the University of Calgary, Faculty of Law.

Mr. Sharma regularly speaks on immigration matters; he has been asked invited to appear before the Standing Committee on Citizenship and Immigration in 2017 and 2019; in 2017 Mr. Sharma appeared before the Committee and provided his thoughts regarding the regulation of immigration consultants.

Mr. Sharma was a speaker at the 2014, 2015, 2017, and 2019 National Immigration Law Conferences (CBA); at Legal Education Society of Alberta Conference (Immigration Fundamentals) in 2017; a centennial commemoration for the Komagata Maru; the Calgary Islamic Chamber of Commerce; the Calgary Board of Education’s International Youth Leadership Summit; the Ethno-Cultural Council of Calgary marking the International Day for the Elimination of Racial Discrimination; the Muslim Council of Calgary, and he has attended a number of immigration round table discussions, including one with former Immigration Minister Hussen. His numerous other presentations include speaking/presenting before the Alberta Crown Prosecution Services Conference (2018) and the Criminal Trial Lawyers Association s as well as the Criminal Defense Lawyers Association of Calgary to discuss changes to immigration laws and the consequences of criminal convictions to foreign nationals and permanent residents.

Mr. Sharma has written numerous op-eds on immigration, diversity and multi-culturalism that have been published in the Globe and Mail; Calgary Herald; and Calgary Sun. Mr. Sharma has also been asked on numerous occasions to comment on immigration law and policy changes (CBC TV/Radio, including The National; Alberta Primetime; Global; CTV; OMNI; RedFM). Mr. Sharma has debated Martin Collacott of the Fraser Institute and Centre for Immigration Reform on whether Canada accepts too many immigrants; the late Deepak Obhrai (MP and Parliamentary Secretary) on additional and stricter language requirements for citizens; and David Seymour of the Manning Centre on whether Canada’s new immigration policy is too exclusionary. His academic writings include “Deference, the Universe of Discourse and the Standard of Review” published in the Alberta Law Review and a commentary on Canada’s refugee health reforms published in the C2C Journal.

Mr. Sharma has sat on numerous Boards and Committees including as a Board Member with Immigrant Services Calgary, the Legal Education Society of Alberta, and the Regional Legal Aid Alberta Appeals Committee. He is also the recipient of the Access to Justice Award (Legal Aid Alberta).

Raj Sharma
Rating: 4.9 out of 5 based on 38 reviews
Lawyer Reviews & Ratings – LawyerRatingz.com

“According to the law the child is eligible to receive coverage under the Alberta Health Act, said Immigration Lawyer, Raj Sharma. “So what the…

Exile is no solution to gang warfare – Calgary Herald

These deportation policies contributed to the size and influence of the gang both in the U.S. and in Central …

In defence of Jackie Tran

Raj Sharma is representing Jackie Tran before the Federal Court of Canada. Sharma is a former immigration hearings officer and is currently …

Raj Sharma, a Calgary immigration lawyer who represents Miltimore, said a few high profile cases featured in the media in recent years have …

Prominent immigration lawyer Raj Sharma lost his uncle to an AK-47 after a furious brother chased his sister to Calgary, killing her, her …

Baggage check: keep the hate out

Canadian immigration policy has to recognize that new immigrants often carry with them … Raj Sharma practises immigration law in Calgary.

Calgary immigration lawyer Raj Sharma will speak about multiculturalism at the conference. He signed up unaware Philips was also on the list.